Why failure to manage social media risks ended in an epic fail for the National Lottery Athletics Campaign, and what lessons can we learn when running a high profile public campaign?

A campaign to promote the role that the National Lottery plays in supporting British Athletics has backfired this week when twitter trolls took advantage of the automated response system to promote an array of public offensive Twitter messages across placards held by unsuspecting athletes.

Members of the public were asked to tweet @TNLUK with the hashtag #represent to receive a personalised thank you message. The account was left unchecked until the early hours of Tuesday morning by which time journalists and members of the public had got an eyeful of the offensive messages on an array of topics ranging from the Hillsborough tragedy to the disappearance of Madeleine McCann. 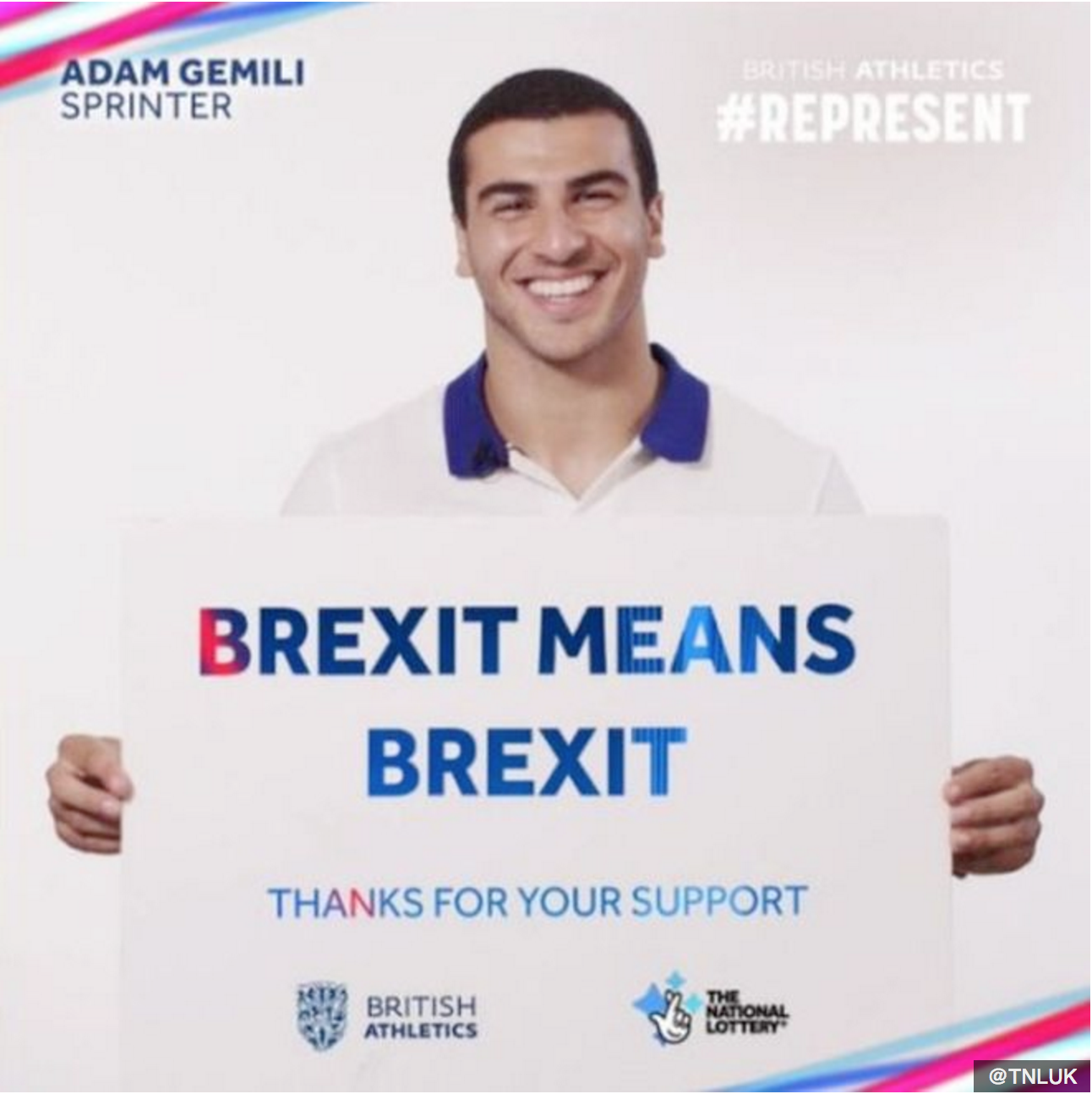 With the marketing team at British Athletics left to pick up the reputational pieces with the athletes, and the National Lottery being left with a red face, some may be wondering how the campaign could have gone so wrong?

So, in planning your next social media marketing campaign, how can you avoid the pitfalls of trolls?

1) Be very cautions of repeating a winning formula

With the lightening speed of change, a campaign tactic that worked yesterday may not prevail tomorrow. The ‚ÄúI am TeamGB‚Äù campaign won awards for its innovation and personalisation based on the same ingredients and the same rationale back in 2016. There are many problems with repetition ‚Äì you not only risk burnout and boredom on the basis that people have seen it before, but also that trolls (as in this case) have see the approach and the second time around are ready to pounce!

Any campaign should be risk assessed and tested. British Athletics will have been under considerable political pressure to sign up their athletes to the campaign and work with the national lottery campaign team. With the success of the ‚ÄúI am TeamGB‚Äù campaign in the bag, the British Athletics marketing team may have felt it was a low risk campaign partnership.

However, where there is celebrity there is public attention! Where there is public attention there are trolls, hackers and criminals trying to intercept and disrupt the natural flow of the conversation. In this case, leading to very serious damage to the reputation of the athletes who were pictured holding the placards. Always be extra diligent in risk assessing where attention and profile are at stake and campaign in the public eye.

This is not the first time that automated campaigns have backfired and certainly not the first time in sport! Back in the earliest days of social media content automation, a campaign supporting the Rugby World Cup 2011 in Paris had to be pulled when trolls changed their names and hijacked the campaign.

Perhaps plausible excuse at the time was it was an unforeseen downside to a highly innovative approach. However, roll on 6 years and marketing teams appear to be repeating the same mistakes. In reality, there are limited times when a tactic is truly original so research thoroughly to find out if the approach has been used, worked and understand the risks.

Certain sectors now issue heavy fines where there is a failure to demonstrate a two sets of eyes policy. The FCA guidelines which govern the use of social media across the financial service industry demonstrates just how far the world has come on the issue of checks. This example highlights where it was essential that the public were protected, but the usual checks and balances were not in place. The arena of sport is not governed by a body that would issue hefty fines for negligence or slip-ups on social media, but this example highlights the importance of all sectors adopting a two sets of eyes policy around social media, where the public could be put at risk.

In this example, it took the social media team until 1.43am to respond. Hackers and trolls often operate at night to try to avoid detection for a few hours and allow their messages to spread.

When running a social media campaign it is essential that there is an early warning system in place to flag any issues quickly, effectively and with the right person. Enterprise social media management tools like CrowdControlHQ offer an alert system that triggers in the event of crisis, and can alert the key campaign stakeholders to ensure that a PR crisis can be dealt with quickly and any negative impact minimised. 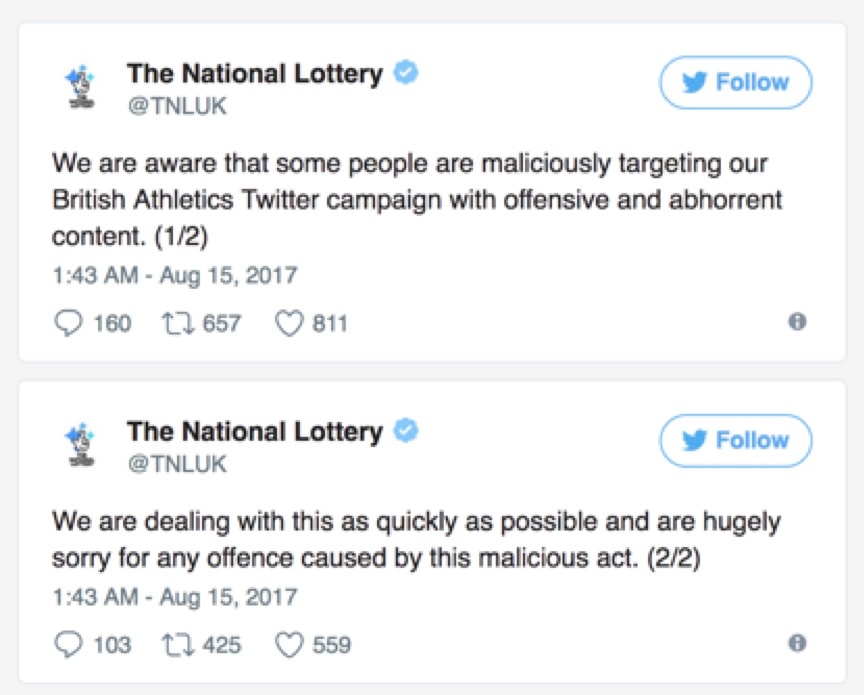 So, with many lessons to learn the message is simple ‚Äì when running a high profile social media campaign, manage the associated risks of social media to avoid a potential crisis.